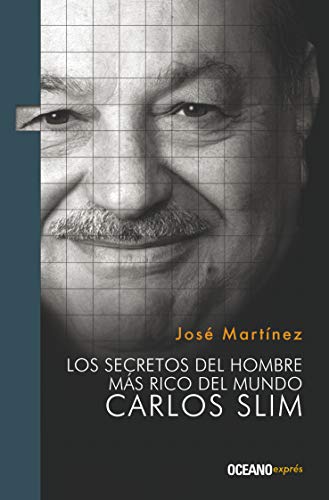 Ever since Forbes magazine indicated that Carlos Slim was the richest man in the world, the career of this surprising business man has awakened the interest of all of those who have attempted to discover the keys to success. Through leading by example, having confidence in himself, and a vision for the future, this controversial entrepreneur, philanthropist, and virtuoso of finances, is now under the magnifying glass. Jose Martinez reveals unknown aspects of his personality and his singular manner of generating wealth."

Jose Martinez is a newspaper reporter. He has contributed on numerous informative media venues. He was a founding member of the newspapers Uno Mas Uno and The Financier. He has received numerous acknowledgements for his work. Amongst his works is The Teachings of the Professor which deals with Carlos Hank Gonzalez, and The Teacher that traces the biography of Elba Esther Gordillo."