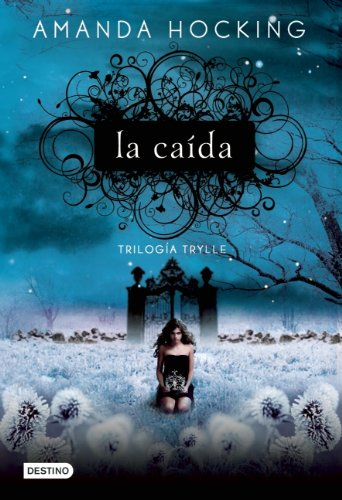 When Wendy Everly first discovers the truth about herself—that she's a changeling switched at birth—she knows her life will never be the same. Now she's about to learn that there's more to the story...

She shares a closer connection to her Vittra rivals than she ever imagined—and they'll stop at nothing to lure her to their side. With the threat of war looming, her only hope of saving the Trylle is to marry a powerful royal. But that means walking away from Finn, her handsome bodyguard who's strictly off limits...and Loki, a Vittra prince with whom she shares a growing attraction.

Torn between her heart and her people, between love and duty, Wendy must decide her fate. If she makes the wrong choice, she could lose everything, and everybody, she's ever wanted...in both worlds.

As a special gift to readers, this book contains a new, never-before-published bonus story, "One Day, Three Ways," set in the magical world of the Trylle.

Amanda Hocking is a lifelong Minnesotan obsessed with John Hughes and Jim Henson. In between making collages and drinking too much Red Bull, she writes young adult urban fantasy and paranormal romance.

Her USA Today best-selling series the Trylle Trilogy has been optioned for a film, and the books will be re-released through St. Martin's starting in January 2012. She has two other young adult series out now - My Blood Approves and The Hollows - and a stand alone fairy tale, Virtue. Her next series is entitled Watersong, with the first book coming out Fall 2012.
To learn more you can follow her on Twitter http://twitter.com/amanda_hocking or visit her blog: http://amandahocking.blogspot.com/ or find out news at her Facebook fan page: http://www.facebook.com/amandahockingfans, and her Goodreads: http://www.goodreads.com/amanda_hocking