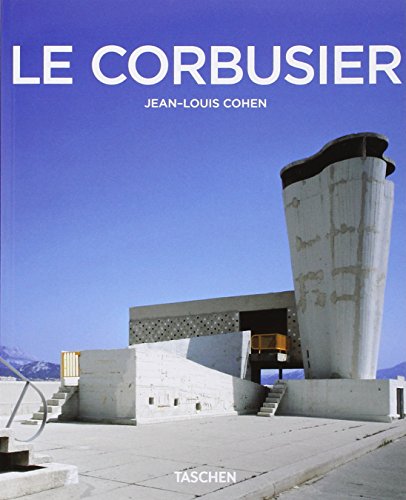 Born Charles-Edouard Jeanneret, Le Corbusier (1887-1965) adopted his famous pseudonym after publishing his ideas in the review L'Esprit Nouveau in 1920. The few buildings he was able to design during the 1920s, when he also spent much of his time painting and writing, brought him to the forefront of modern architecture, though it wasn't until after World War II that his epoch-making buildings were constructed, such as the Unite d'Habitation in Marseilles and the Church of Notre Dame du Haut in Ronchamp.

In 1997, the French Minister of Culture appointed Jean-Louis Cohen to create the Cite de l'architecture, a museum, research, and exhibition center in Paris's Palais de Chaillot. His research activity has been chiefly focused on 20th-century architecture and urban planning. He has studied German and Soviet architectural cultures in particular, and interpreted extensively Le Corbusier's work and Paris planning history. Cohen is the author and curator of many architecture books and exhibitions.

Descripción Taschen, 2004. Condición: Good. Ships from the UK. Former Library book. Shows some signs of wear, and may have some markings on the inside. Nş de ref. del artículo: GRP109691758