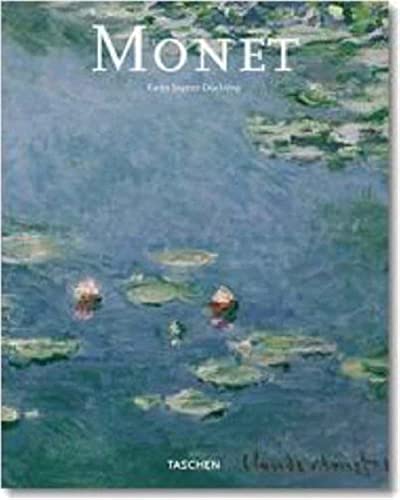 Claude Monet (1840 - 1926) was both the most typical and the most individual painter of impressionism. His long life and extraordinary work capacity - coupled with a sometimes furious perfectionism - he dedicated to a pictorial exploration of the sensations which reality, and in particular landscape, offer the human eye. But while Monet the painter was faithful and persevering in the pursuit of his motifs, his personal life - characterized by frequent travels and changes of location - followed a more restless course. Parisian by birth, he discovered plein-air painting as a youth in the provinces and sought to defy his family's insistence upon an academic painter's training. For over half his life the artist was plagued by financial worries, which in part precipitated the frequent moves made by his expanding household. Two of his homes stand out above the rest. The first, Argenteull, has come to represent the artistic flowering and official establishment of impressionism as a movement, with Monet as its creative leader. But it was also Monet who, in his endeavour to capture the ever-changing face of reality, went beyond impressionism and thereby beyond the confines of the self-conta

Karin Sagner-Duchting, born in Erlabrunn-Steinheldel, studied art history, new German literature and classical archaeology at Munich University. She gained her doctorate in 1983 with a thesis on Claude Monet's water lily paintings (Hildeshelm 1985). Academic assistant at the Bayerische Staatsgemaldesammlungen until 1988.

Descripción Benedikt Taschen Verlag, London, United Kingdom, 2004. Soft Cover. Condición: New. Flexi-cover, 224 pages. Size 9.75"7.75". "Claude Monet (1840-1926) was both the most typical and the most individual painter associated with the Impressionist movement. His long life and extraordinary work were dedicated to a pictorial exploration of the sensations which reality, and in particular landscape, offer the human eye.This book traces the life's work of one of art history's most beloved painters." New condition, in original shrinkwrap. Nş de ref. del artículo: 004310