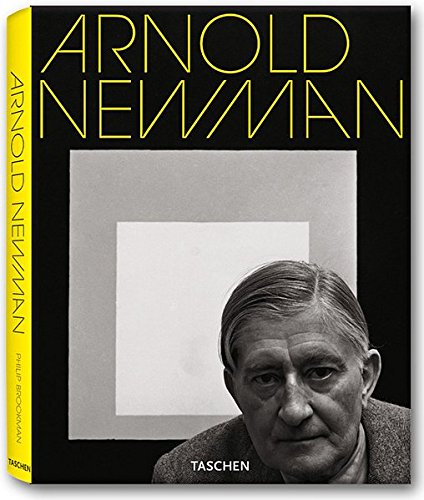 "I'm not so much interested in documenting as in expressing my impressions of the individuals with the constantly expanding narrative means of my medium." - Arnold Newman"

This work offers a portrait of a photographer extraordinaire. Piet Mondrian behind his easel, Igor Stravinsky at his piano, Max Ernst sitting smoking on his throne-like chair: Arnold Newman's photographs are classics of portraiture. His subtle arrangements constituted the foundations of "environmental portraiture." His photographs integrate the respective artist's characteristic equipment and surroundings, thus indicating his or her field of activity. The enormous fame of Newman's portraits can be ascribed to their daring compositions and sometimes astounding spatial structures. The photographer's beginnings, however, were none too promising. During the Great Depression, Newman had to abandon his art studies for financial reasons. Between 1938 and 1942 he concentrated on socio-documentary photography in the ghettos of West Palm Beach, Philadelphia, and Baltimore. One might think that being forced to earn his living in a photography studio would have stifled his artistic potential: Newman portrayed up to 70 clients a day. Yet he still succeeded in developing a very personal touch and establishing himself in the New York art scene of the early 1940s. His subjects included Marcel Duchamp, Marc Chagall, Jackson Pollock, Willem de Kooning, and Alexander Calder among many others. With his unmistakable style, Newman became the star photographer of artists, writers, and musicians. This new edition, which includes recent work and an updated biography, provides a sweeping overview of Newman's illustrious career.