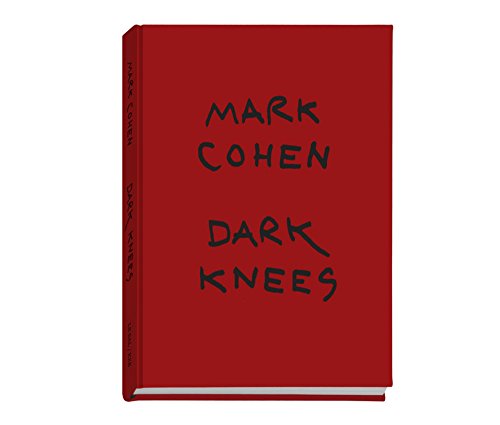 Even Mark Cohen's early photographs look utterly contemporary. Most of the images in this volume, which spans 1969 to 2012, date from the '70s and early '80s, but their seemingly haphazard visual style--oddly canted perspectives, complex compositions, and a general fixation on disconnected parts of people and things--suggests nothing so much as the smartphone videos that are now a mainstay of our journalistic and voyeuristic consumption.--Albert Mobilio "Bookforum "

The whole picture is always somehow just outside the frame in Mark Cohen's frenetic documentations of life in Wilkes-Barre and Eastern Pennsylvania. Maybe he is too caught up snapping the pattern of an overcoat or the casual gesture of a passerby, a chunk of snow melting on the street or the shadow cast by a few apples sitting on a newspaper. But the Pennsylvania he sees -- in photographs that span decades, mostly in black and white, with snatches of color -- is raw and captivating.--Clinton Cargill "The New York Times Magazine "

It's a modest, book, with a startling beauty: the photographs, which are exhilarating; their exquisite reproduction, mainly in rich, soft black and white, but with the occasional varnished color picture by contrast; the use of Cohen's banal descriptors of each of the pictures, in his own naïve hand, as the book's text ('Flashed head top, ' 'Dog between houses, ' 'Snow falling in alley, ' 'Ants on sidewalk, ' etc.); the rhythm of the book; and its brilliantly understated design.--Chris Boot "TIME "

Working on the streets of his coal-blackened home town, Wilkesbarre, Pennsylvania, Cohen makes rude, alarming, and often hilarious photographs... The pictures are radically cropped, lopping off heads and feet and zeroing in on grimmy knees, gesturing hands, and a bare midriff. The hectic mood of this terrific show of color and black-and-white images is broken only by a few black-alley landscapes and still-lifes of debris on the ground, including a gum wrapper that has the uncanny presence of a tiny Claes Oldenburg sculpture.--The New Yorker

Mark Cohen (born 1943) is a protagonist of the street photography idiom that dominated American photography in the early 1970s. Dark Knees is a catalogue of Cohen's photos taken in his hometown over the past 40 years. The images captured by Cohen, who rejects the use of his viewfinder in favor of holding the camera away from his body, constitute a poetical documentation of the small mining town in which he was raised, in blurry night scenes with fragments of torsos and the backs of legs. Cohen says of his style: "I became a surrealist because I kept walking around the same blocks, and I started taking a picture of a guy's shoe. I didn't know what I was doing exactly. I was just being led by whatever I would see." Dark Knees includes an essay by the acclaimed photography critic Vince Aletti.