Artículos relacionados a Death of a Salesman

Miller, Arthur Death of a Salesman

Death of a Salesman 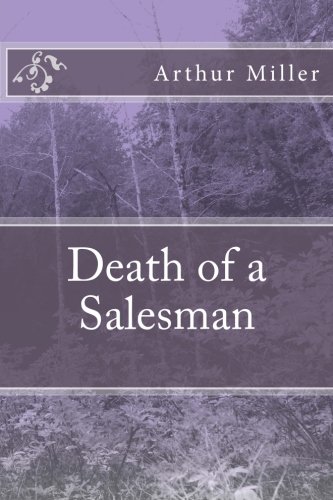 Willy Loman returns home exhausted after a cancelled business trip. Worried over Willy's state of mind and recent car accident, his wife Linda suggests that he ask his boss Howard Wagner to allow him to work in his home city so he will not have to travel. Willy complains to Linda that their son, Biff, has yet to make good on his life. Despite Biff's promising showing as an athlete in high school, he flunked senior-year math and never went to college. Biff and his brother Happy, who is temporarily staying with Willy and Linda after Biff's unexpected return from the West, reminisce about their childhood together. They discuss their father's mental degeneration, which they have witnessed in the form of his constant indecisiveness and daydreaming about the boys' high school years. Willy walks in, angry that the two boys have never amounted to anything. In an effort to pacify their father, Biff and Happy tell their father that Biff plans to make a business proposition the next day. Death of a Salesman is a 1949 play written by American playwright Arthur Miller. It was the recipient of the 1949 Pulitzer Prize for Drama and Tony Award for Best Play. The play premiered on Broadway in February 1949, running for 742 performances, and has been revived on Broadway four times, winning three Tony Awards for Best Revival. It is widely considered to be one of the greatest plays of the 20th century.