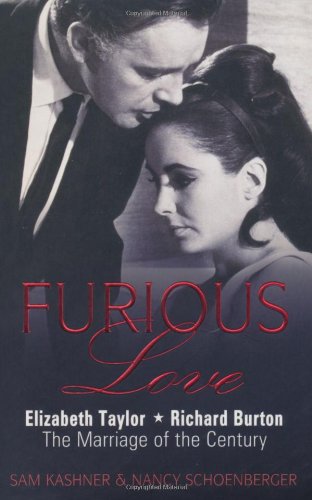 ‘Among the season’s most revelatory biographies...illuminated the inner workings of this most public of Hollywood love affairs.’

A tough Welshman, he was softened by the affections of a breathtakingly beautiful woman: she was a modern-day Cleopatra madly in love with her own Mark Antony. For quarter of a century, Elizabeth Taylor and Richard Burton were the king and queen of Hollywood.

Yet their two marriages to each other represented much more than outlandish romance. Together, Elizabeth and Richard were a fascinating embodiment of the mores and transgressions of their time and even luminaries like Jacqueline Kennedy looked to them as a barometer of the culture. The enduring glamour, grandeur, drama and bravado embodied in the couple gave rise to the type of rabid gossip and wide-eyed adoration that are the staples of today’s media.

Using brand-new research and interviews – including unique access to Taylor herself, the Burton family, and Taylor’s extensive personal correspondence – this ultimate celebrity biography is the gripping real-life story of a fairy-tale couple whose lives were even grander and more outrageous than the epic films they made.

Descripción Paperback. Condición: Good. The book has been read but remains in clean condition. All pages are intact and the cover is intact. Some minor wear to the spine. Nş de ref. del artículo: GOR004039828

4. Furious LoveElizabeth Taylor, Richard Burton the Marriage of the Century

Descripción JR Books Ltd, 2011. Paperback. Condición: Used; Good. **Simply Brit** Shipped with Premium postal service within 24 hours from the UK with impressive delivery time. We have dispatched from our book depository; items of good condition to over ten million satisfied customers worldwide. We are committed to providing you with reliable and efficient service at all times. Nş de ref. del artículo: 1299234

Descripción JR Books Ltd 09/04/2011, 2011. Condición: Very Good. This book is in very good condition and will be shipped within 24 hours of ordering. The cover may have some limited signs of wear but the pages are clean, intact and the spine remains undamaged. This book has clearly been well maintained and looked after thus far. Money back guarantee if you are not satisfied. See all our books here, order more than 1 book and get discounted shipping. . Nş de ref. del artículo: 7719-9781907532405

Descripción Paperback. Condición: Very Good. The book has been read, but is in excellent condition. Pages are intact and not marred by notes or highlighting. The spine remains undamaged. Nş de ref. del artículo: GOR002721693

Descripción JR, 2011. Condición: Good. Ships from the UK. Former Library book. Shows some signs of wear, and may have some markings on the inside. Nş de ref. del artículo: GRP68335048

Descripción JR, 2011. Condición: Good. Ships from the UK. Shows some signs of wear, and may have some markings on the inside. Nş de ref. del artículo: GRP75679772