ArtĒculos relacionados a In Spite of Myself: A Memoir

Plummer, Christopher In Spite of Myself: A Memoir

In Spite of Myself: A Memoir 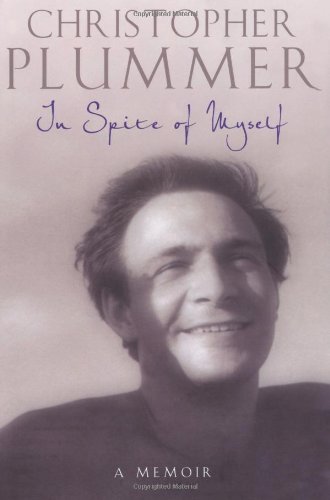 'This is a life well worth recording. Plummer (has) interesting things to say about his profession and says them lucidly and intelligently. The impression left by this book is one of enormous jollity and zest for life'. The Spectator 20101120 'A riveting and intelligent showbiz memoir. Generous, self-deprecating, and enjoyably tart.' Sunday Herald 20101128

'A staggering parade of theater-world luminaries struts, swaggers and, yes, occasionally staggers through this compulsively readable memoir' - New York Times In this engaging memoir, celebrated actor Christopher Plummer recounts his life, and his journey from a privileged boyhood in Canada 'rich in Victorian gentility including steam yachts, rare orchid farms, and music lessons in Paris and Berlin' to the glitz and glamour of Hollywood. We glimpse glorious New York of the fifties, where, for Plummer the night began at midnight with the likes of Arthur Miller and Tennessee Williams. He made his Broadway debut at 25: 'It opened and closed in one night, but what a night!' Joining Peter Hall's Royal Shakespeare Company, Plummer performed with acting royalty such as Peter O'Toole and Michael Caine. He writes about his affairs and marriages, as well as his daughter, actress Amanda Plummer, whom he barely saw for 18 years. He has worked with everyone from Al Pacino to Heath Ledger, and recalls starring in movies including Up, The Insider, The Sound of Music, The Man Who Would be King, A Beautiful Mind, and many more. Seamlessly written, with laugh-out-loud stories, In Spite of Myself is an absorbing account of the fascinating, complex, exuberant adventure that has been Plummer's life.

1. In Spite of Myself: A Memoir Plummer and Plummer, Christopher

2. In Spite of Myself: A Memoir Plummer and Plummer, Christopher