Artículos relacionados a The Songster: No. 2 (Whiteblade Saga)

The Songster: No. 2 (Whiteblade Saga) 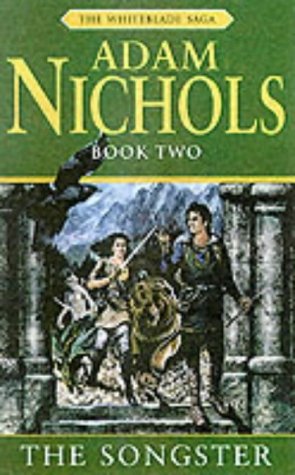 In The Paladin the reader was introduced to Elinor Whiteblade a rebellious young woman more interested in escaping to the arms of her piratical lover than pursuing an arranged and dutiful marriage. Her rebellion sees her banished from home and set out on an epic journey that culminates in her becoming the saviour of a race of mutants - half- human, half-animal - and the wielder of the magical sword Whiteblade. In The Songster Elinor faces the trials of life as an exile, as a legend she would rather not personify and worse still as the sworn enemy of one of the most powerful and violent sorcerers the land has yet seen.

* In Elinor Whiteblade, Nichols has created a heroine to rival Maggie Furey's
Aurian

* 'The best part of this book is that it doesn't come across like an odyssey...The characters are so accessible, and their thoughts so unheroic, that, at times times you can recognise yourself... Well-written, and funny in a not-trying-to-impress way. Nice One' Area 51

* ¿Millennium is pushing Nichols as the next David Gemmell, and not without reason...inventive and descriptive powers are both of a high order' Interzone

Descripción Paperback. Condición: Used; Good. **Simply Brit** Shipped with Premium postal service within 24 hours from the UK with impressive delivery time. We have dispatched from our book depository; items of good condition to over ten million satisfied customers worldwide. We are committed to providing you with reliable and efficient service at all times. Nş de ref. del artículo: BB00153371B

Descripción Paperback. Condición: Good. Item is in good condition. Some moderate creases and wear. This item may not come with CDs or additional parts including access codes for textbooks. Might be an ex-library copy and contain writing/highlighting. Photos are stock pictures and not of the actual item. Nş de ref. del artículo: DS-1857985729-3