Artículos relacionados a Pastoralism in Africa: Origins and Development Ecology

Smith, Andrew B. Pastoralism in Africa: Origins and Development Ecology 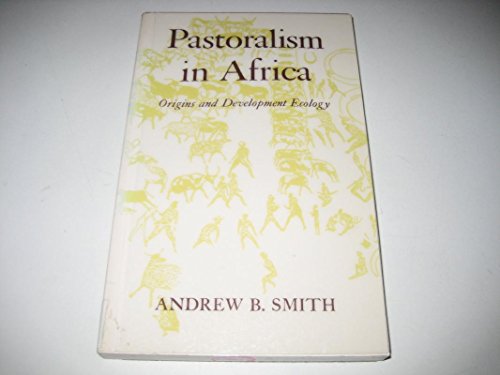 A reassessment of the origins, development and spread of pastoralism in Africa, and of its adaptation to the open grasslands which cover large parts of the continent, this work uses ecological evidence from prehistory to enlarge understanding of the vicissitudes of herding societies in contemporary Africa. The origins and spread of herding systems throughout the continent are examined with the underlying idea that understanding the growth of pastoral production in the past allows for a more sympathetic treatment of indigenous social formations based on tradition and experience, thus enabling governments and development agencies to formulate adaptive strategies that are suitable for specific environments and the peoples that inhabit them. The book should be of interest to archaeologists, development workers, anthropologists and students of African history.

Descripción London: Hurst & Company, 1992. Paperback. C Format (8˝" x 5Ľ"). [XV] 288pp. Index. Bibliography. | | Contains: Black & white photographs; Charts; Graphs; Diagrams; Maps; For more photos or information, use the «Ask Bookseller» button and I'll be pleased to help. The book is in stock and ships from the rustic nirvana of Peasedown St. John, near Bath, England from a long-established bookseller - guaranteed by my reputation and the UK Distance Selling Act. Remember! BUYING THIS BOOK means my Jack Russells get their supper! Condition :: Very Good. Small ink spot to the foot of the text block, extending onto the margins of a few leaves. Text complete, clean and tight otherwise. Nş de ref. del artículo: 181456