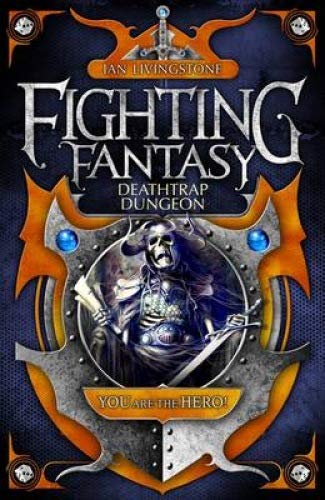 Down in the dark, twisting labyrinth of Fang, unknown horrors await you. Devised by the devilish mind of Baron Sukumvit, the labyrinth is riddled with fiendish traps and bloodthirsty monsters, which will test your skills almost beyond the limit of endurance. Countless adventurers before you have taken up the challenge of the Trial of Champions and walked through the carved mouth of the labyrinth, never to be seen again. Should you come out of the labyrinth alive, you will be wealthy beyond your dreams. Do you dare enter? With brand new covers, a new format, and revised rules that make the adventures simpler and easier to play, the series is looking better than ever and will appeal to a whole new generation as well as existing fans!

Ian Livingstone is, with Steve Jackson, the originator of the Fighting Fantasy series. Since Fighting Fantasy's huge success, he has become a major figure in world of computer games, and is currently Creative Director of Eidos, the name behind Tomb Raider.