Artículos relacionados a Juan the Landless 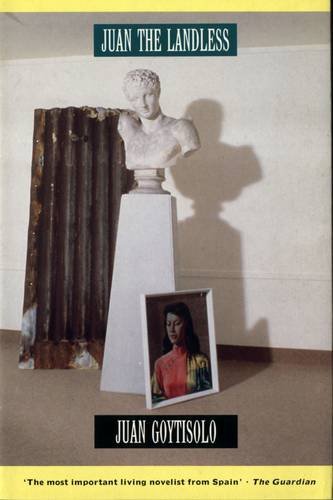 Críticas:
Juan Goytisolo is by some distance the most important living novelist from Spain (Guardian)

In Juan the Landless, the fury subsides, giving way to indifference to the homeland and the blossoming of love for the Muslim world. One awaits this final stage with impatience. (TLS)

Juan Goytisolo is, undoubtedly, the greatest living Spanish novelist... He is forced to swallow the words he hates in order to excrete them with coprophilous pleasure: did not Jonathan Swift, in his time do something comparable with the English verbal tradition? Swift, Goytisolo; Joyce, Goytisolo; exiles condemned to live with the language of their oppressions, digest it, expel it, trample on it, and then resign themselves (Carlos Fuentes)
Reseńa del editor:
The theme of Juan the Landless is exile. Juan is both landless and timeless. Exile has turned you into a completely different being, who has nothing to do with the one your countrymen once knew: their law is no longer your law: their justice is no longer your justice... as anonymous as the passing stranger, you will visit your own dwelling and dogs wil bark at your heels. A desperate attempt to see the world from the viewpoint of the other, it is Goytisolo's most total questioning of the possibility of fiction and language. The final volume in Goytisolo's great triology which includes Marks of Identity and Count Julian. Juan the Landless marks a turning-point in Goytisolo's work - from undiluted hostility to Spain towards a celebration of the Muslim contribution to our culture. It is for obvious reasons as relevant now as when it was written in 1975.