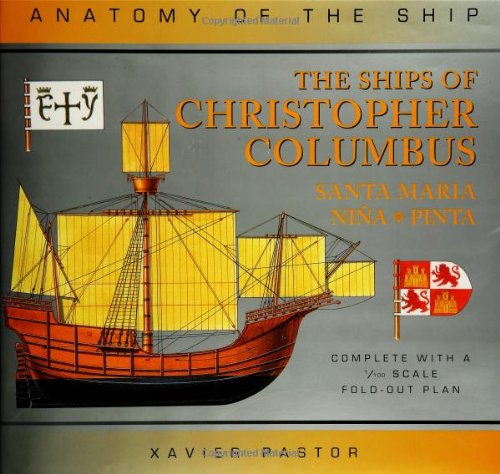 1992 marked the 500th anniversary of the European discovery of the Americas by Christopher Columbus. The details of Columbus's ships - the Santa Maria, Nina and Pinta - remain lost to historians, for the ships were built before the first manuals of shipbuilding were written, and no documentation or illustration has survived. Nevertheless, extensive research has allowed the construction of a number of replicas over the years, and those built in Spain in 1892 and 1927 are regarded as among the most realistic. The new replicas built for the 1992 celebrations are without doubt the most accurate reconstructions yet. Many years of research by Jose Martinez-Hidalgo and his successors into the naos and caravels of the 15th and 16th centuries has allowed a whole new insight into the design and construction of the famous ships of Columbus.

Xavier Pastor is one of Spain's leading maritime historians. He has spent many years gathering material on the coastal working craft of Spain, and is a fine modelmaker and draughtsman. He has produced numerous plans of Spanish small craft, and has been a regular contributor to Model Shipwright and other nautical journals. Widely recognised as an authority on the 15th century Mataro nao, he was closely involved with the Spanish reconstruction of the ships of Columbus for the 500th anniversary of the European discovery of America.

1. The Ships of Christopher Columbus (Anatomy of the Ship)

2. The Ships of Christopher Columbus (Anatomy of the Ship)

3. The Ships of Christopher Columbus (Anatomy of the Ship) Pastor, Xavier

4. The Ships of Christopher Columbus (Anatomy of the Ship) Pastor, Xavier