Artículos relacionados a 1001 Albums You Must Hear Before You Die

Dimery, Robert 1001 Albums You Must Hear Before You Die

1001 Albums You Must Hear Before You Die 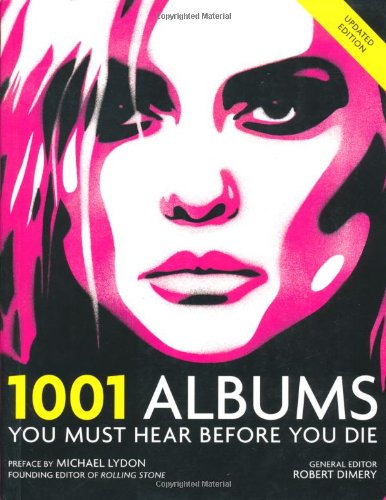 More than just a list of what contributions were worth the studio hours, "1001 Albums" is packed with insights into why each album is significant, the key tracks, the circumstances of its creation, the critical reception in its day, and why it stands the test of time. The text contains fascinating anecdotes that will amaze even the most dedicated muso. Written by top UK and US music journalists, "1001 Albums" covers the period from the late '50s, when albums began to be considered as an oeuvre, to the early twenty-first century, when inspiration drawn from bands of the '60s once again defined the musical landscape.With albums from Elvis Presley to The Rolling Stones, Bob Dylan, Green Day, Christina Aguilera, The Sex Pistols, ACDC, Ray Price, the Beach Boys, Dr. Dre, Pharcyde, Sonic Youth and the Zutons, "1001 Albums" covers all the works that have formed part of the soundtracks to all our lives, at one point or another. In short, no other publication crams so much endlessly readable information and insight into one volume.

Robert Dimery is a freelance writer and editor who has worked on Tony Wilson's 24 Hour Party People, Pump Up the Volume: A History of House, and 1001 Albums You Must Hear Before You Die, plus countless other popular music publications. He has also contributed to books on classic albums and classic singles, and has worked for a variety of magazines, including Time Out London and Vogue. He lives in London.