Artículos relacionados a The Eye Of The Leopard

Mankell, Henning The Eye Of The Leopard

The Eye Of The Leopard 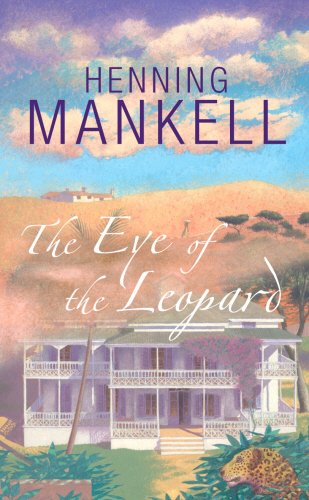 "A powerful exploration of the stresses and challenges of freedom" (Booklist)

Hans Olofson is the son of a Swedish lumberjack. His childhood was unsettled: an alcoholic father, and a mother disappeared, only alive in old photographs. His adolescence was no easier as he lost both his best friend and his lover tragically. Alone and adrift, as a young man his only desire is to fulfil his lover's dream and visit the grave of a legendary missionary who survived alone in the remote hills of Northern Zambia.

On reaching Africa, Olofson is struck by its beauty and mystery. After fulfilling his initial quest, an opportunity of employment in the region tempts him to stay. Time passes quickly. Though dismayed by the attitude of the white population to their adopted country, which is compounded by their vulnerability to alcohol and malaria, he is interested enough to take up sole responsibility for the farm he manages. For almost two decades Hans Olofson battles with a hostile environment and a placid, but resistant workforce.

Set in the 1970s and 1980s, The Eye of the Leopard explores the relationship between the white farmers and their native workers. Through Olofson's descent into near mental collapse it becomes clear that many years spent in a foreign land do not necessarily breed an understanding of its people: a handful of generations of white settlers cannot change a continent underpinned by myth and superstition. The Eye of the Leopard is a first-rate and original psychological thriller delving deep into the mind of a man lost in an unknown world.

1. The Eye of the Leopard

2. The Eye of the Leopard

3. The Eye Of The Leopard

4. The Eye Of The Leopard

5. The Eye of the Leopard

Descripción Harvill Secker, 2008. Condición: Good. This is an ex-library book and may have the usual library/used-book markings inside.This book has hardback covers. In good all round condition. Dust Jacket in good condition. Please note the Image in this listing is a stock photo and may not match the covers of the actual item,600grams, ISBN:9781843430490. Nş de ref. del artículo: 7983166

6. The Eye Of The Leopard

Descripción Harvill Secker 03/04/2008, 2008. Hardcover. Condición: Very Good. Shipped within 24 hours from our UK warehouse. Clean, undamaged book with no damage to pages and minimal wear to the cover. Spine still tight, in very good condition. Remember if you are not happy, you are covered by our 100% money back guarantee. Nş de ref. del artículo: 6545-9781843430490

7. The Eye Of The Leopard

Descripción -. Hardcover. Condición: Very Good. The Eye Of The Leopard This book is in very good condition and will be shipped within 24 hours of ordering. The cover may have some limited signs of wear but the pages are clean, intact and the spine remains undamaged. This book has clearly been well maintained and looked after thus far. Money back guarantee if you are not satisfied. See all our books here, order more than 1 book and get discounted shipping. Nş de ref. del artículo: 7719-9781843430490

8. The Eye Of The Leopard

Descripción Harvill Secker 03/04/2008, 2008. Condición: Good. Will be shipped promptly from UK warehouse. Book is in good condition with no missing pages, no damage or soiling and tight spine. There may be some dog-eared pages showing previous use but overall a great book. Nş de ref. del artículo: 9053-9781843430490

9. The Eye Of The Leopard

Descripción Harvill Secker, 2008. Hardcover. Condición: Used; Good. **SHIPPED FROM UK** We believe you will be completely satisfied with our quick and reliable service. All orders are dispatched as swiftly as possible! Buy with confidence! Aloysius Ihezie. Nş de ref. del artículo: mon0002219964