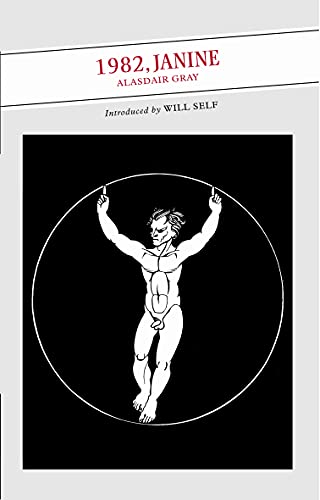 Perhaps the finest artist/writer of his generation . . . Tumultuous, inventive, heart-rending . . . A landmark work -- WILL SELF 1982, Janine has a verbal energy, an intensity of vision that has mostly been missing from the English novel since D.H. Lawrence . . . Gray is a natural storyteller and it is the wit and energy of his language that keep the rendering of Jock's lonely, wasted life from being unbearably depressing. The richness of this novel and the pleasures of its language and form are sufficient affirmation, a real message of hope * * New York Times * * Made me realise that contemporary fiction would still be a vivid and vital way of interpreting the world . . . 1982, Janine revived my flagging impetus to continue writing myself -- JONATHAN COE Alasdair Gray is that rather rare bird among contemporary British writers-a genuine experimentalist . . . The influence of James Joyce, and . . . Laurence Stern, is very evident, but Gray does not seem merely derivative from these masters. He is very much his own man -- DAVID LODGE 1982, Janine is not pornography but a thoughtful and sad study of the human predicament; to be trapped in a world where the little man, woman or country will always be exploited by the big bullies * * Irish Independent * *

Jock McLeish, failed husband, lover and businessman is alone in a hotel room, drinking whisky, fantasising about sex and contemplating suicide. As he tries to distance himself from reality, his lonely, alcohol-fuelled fantasies are interrupted by a flood of memories, reminding him of his own shortcomings. An unforgettably imaginative book, deeply experimental in its form and charged with a dark humour, 1982, Janine is a searing portrait of male need and inadequacy. Gray's exploration of politics, religion, powerlessness and pornography has lost none of its power to shock and entertain.