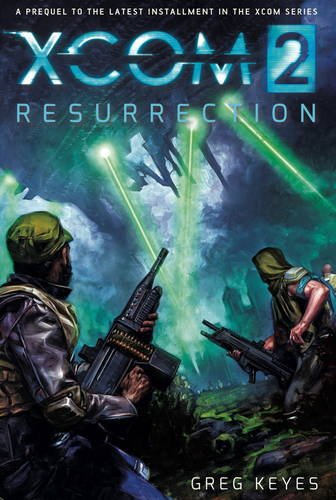 Years have passed since the governments of Earth offered up an unconditional surrender to alien forces, and XCOM-the elite paramilitary organization tasked with defending humanity-appears to be no more. A new world order has begun, and under the alien occupation, humans are lured to the bright, shining New Cities by sinister alien propaganda. Yet on the fringes, a guerilla force keeps up the fight.Rising star Amar Tan is part of a resistance cell based just outside of Gulf City, running routine supply raids and fighting ADVENT patrols alongside brave fellow soldiers. But Amar's life takes a sharp turn when his squadron receives an SOS signal from an enigmatic man who claims to know a secret that will change the tide of the war.Traversing half the globe, Amar and his team must fight off mind-controlling Sectoids, monstrous Chryssalids, and unflagging swarms of ADVENT troopers, not to mention the mysterious contagion that frightens even the aliens. With death tolls running high, the resistance force must stand up for humanity and take down the enemy before they're killed-or worse.

Greg Keyes is the New York Times best-selling author of the novels The Waterborn, The Blackgod, plus The Age of Unreason tetralogy. He has also written the Star Wars: New Jedi Order novels Edge of Victory I: Conquest, Edge of Victory II: Rebirth, and The Final Prophecy, as well as tie-ins to the popular Elder Scrolls video game franchise. He lives in Savannah, Georgia.

Descripción Titan Books, 2015. Paperback. Condición: Good. Minor shelf wear Good condition is defined as: a copy that has been read but remains in clean condition. All of the pages are intact and the cover is intact and the spine may show signs of wear. The book may have minor markings which are not specifically mentioned. Most items will be dispatched the same or the next working day. Nş de ref. del artículo: wbb0015507299

Descripción Paperback. Condición: Very Good. The book has been read, but is in excellent condition. Pages are intact and not marred by notes or highlighting. The spine remains undamaged. Nş de ref. del artículo: GOR007340029