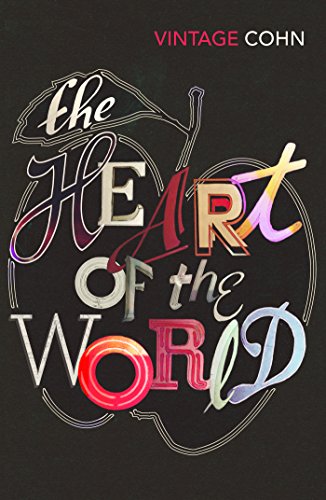 "The verbal energy that pours off these pages is enough to transform the hell of places like Times Square into a roughhewn heaven, neon lit and open all night. The history of Broadway has been written before but never better...Overflowing with voluble "animal spirits," it is a feast for anyone who loves good stories. The only thing wrong with it is, it isn't longer." (Newsweek)

"Not since Damon Runyon wrote his fables of Harry the Horse, Sleepout Sam Levinksy and Lone Louie, has Broadway had a chronicler to do justice to its picaresque excess...The Heart of the World is a walk up Broadway, an imaginative leap into its past and its present. Runyon wrote fiction based loosely on fact. Cohn writes fact with the vividly colourful brush-stroke of fiction" (Sunday Telegraph)

"Cohn's walk up Broadway is a fascinating trip for, though the Great White Way has fallen on desperate times, he manages to fit in a lot of the street's history along with his vivid stories about its sleaze-ridden present. His style is electric, crackling with one-liners" (Sunday Times)

"A kind of day trip through an X-rated Disneyland, full of hucksterism and magic and tawdry, hard-luck scenes...Cohn weaves a story retrieved from all the histories of New York: the tales of Wall Street and ward-boss politics, of theater and finery and sex, money, power." (Boston Globe)

"Here comes everybody, a cavalcade of misfits, each their own short story, and Cohn in the role of recording angel" (Independent)

Nik Cohn had planned a trip around the world, but when a friend told him that Broadway is 'the world within itself', he started walking up the Great White Way, from Battery Park to Times Square. Escorted by a drum-playing Russian taxi driver, fuelled by duck soup and whiskey and sleeping in crackhouse hotels, Cohn encountered pickpockets, dancers, old magicians, disgraced politicians, epic storytellers, part-time messiahs, and an unforgettable transvestite called Lush Life. Hallucinogenic history, rogues' gallery, personal odyssey, this extraordinary saga is also an extended love letter to a dream of New York now lost.

3. The Heart Of The World

4. The Heart Of The World

Descripción Condición: New. When a friend told the author that Broadway is 'the world within itself', he started walking up the Great White Way, from Battery Park to Times Square. He encountered pickpockets, dancers, old magicians, part-time messiahs, and a transvestite called Lush Life. This saga is also an extended love letter to a dream of New York now lost. Num Pages: 400 pages. BIC Classification: 1KBBEY; WTM. Category: (P) Professional & Vocational; (U) Tertiary Education (US: College). Dimension: 198 x 129. . . 2017. Paperback. . . . . Books ship from the US and Ireland. Nş de ref. del artículo: V9781784872298

6. The Heart Of The World