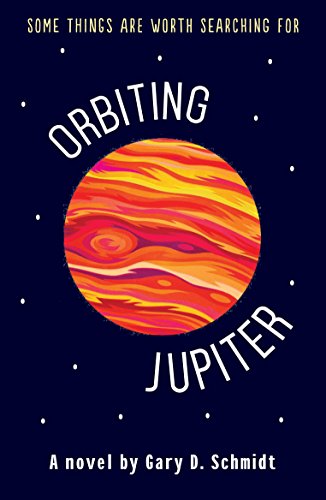 "One of the most beautiful books I have ever read" (Jennifer Niven, author of All the Bright Places)

"Schmidt provokes tears, despite his underplayed prose, with a tone and directness reminiscent of John Steinbeck." (Nicolette Jones Sunday Times, Children's Book of the Week)

"A deeply affecting story of love and loss that sympathetically reflects the intensity of adolescence." (Julia Eccleshare Guardian)

"Schmidt writes with an elegant simplicity in this paean to the power of love" (Kirkus, starred review)

"A YA novella about love and friendship and loyalty... be prepared to be moved" (Martin Chilton Telegraph, The best young adult books of 2016)

A heartbreaking story, narrated by twelve-year-old Jack, whose family is caring for fourteen-year-old Joseph. Joseph is misunderstood. He was incarcerated for trying to kill a teacher. Or so the rumours say. But Jack and his family see something others in town don’t want to.
What's more, Joseph has a daughter he’s never seen. The two boys go on a journey through the bitter Maine winter to help Joseph find his baby - no matter the cost.