Artículos relacionados a Queen of Shadows (Throne of Glass)

Queen of Shadows (Throne of Glass) 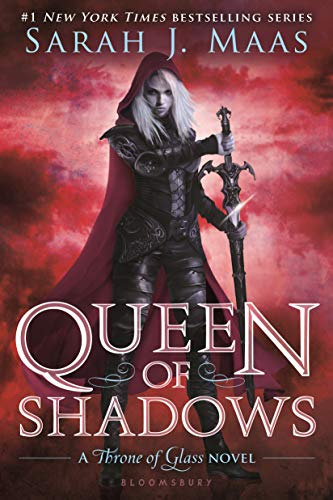 "Character motivations and interactions. . . are always nuanced and on point, especially as Aelin's growing maturity offers her new perspectives on old acquaintances. . . Impossible to put down." --Kirkus Reviews

"Fans of the high-fantasy series likely won't mind the protracted story at all, packed as it is with brooding glances, simmering sexual tension, twisty plot turns, lush world building, and snarky banter. . . The final chapters of this installment promise more epic adventures and badder bad guys to defeat in forthcoming volumes." --Booklist

"I was afraid to put the book down!" --New York Times bestselling author Tamora Pierce

"An epic fantasy readers will immerse themselves in and never want to leave." --Kirkus Reviews, starred review

"Series fans will be satisfied not only by the intricate plot, dishy romance, and rich world building but they will be thrilled by the prospect of deepening adventures in the next volume." --Booklist

"A must-read for lovers of epic fantasy and fairy tales." --USA Today

"A welcome breath of fresh air to the oft-neglected epic fantasy field." --Tor.com

Everyone Celaena Sardothien loves has been taken from her. But she's at last returned to the empire-for vengeance, to rescue her once-glorious kingdom, and to confront the shadows of her past...

She has embraced her identity as Aelin Galathynius, Queen of Terrasen. But before she can reclaim her throne, she must fight.

Celaena's epic journey has captured the hearts and imaginations of millions across the globe. This fourth volume will hold readers rapt as Celaena's story builds to a passionate, agonizing crescendo that might just shatter her world.

3. Queen of Shadows (Throne of Glass)

4. Queen of Shadows (Paperback or Softback)