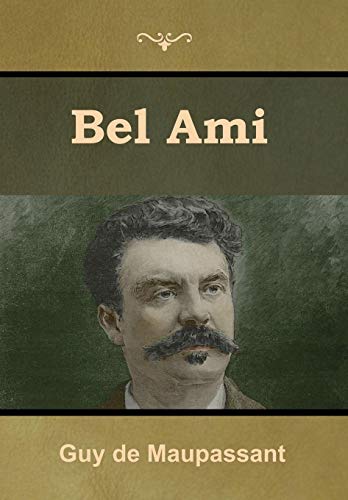 Descripción Hardback. Condición: New. Language: English. Brand new Book. The story chronicles Georges Duroy's corrupt rise to power from a poor ex-NCO non-commissioned officer) to one of the most successful men in Paris, most of which he achieves by manipulating a series of powerful, intelligent, and wealthy mistresses.The novel is set in Paris in the upper-middle class environment of the leading journalists of the newspaper La Vie Française and their friends. It tells the story of Georges Duroy, who has spent three years of military service in Algeria. After six months working as clerk in Paris, an encounter with his former comrade, Forestier, enables him to start a career as a journalist. From a reporter of minor events and soft news, he gradually climbs his way up to chief editor. Duroy initially owes his success to Forestier's wife who helps him write his first articles and, when he later starts writing lead articles, she adds an edge and poignancy to them. At the same time, she uses her connections among leading politicians to provide him with behind the scenes information which allows him to become actively involved in politics. Duroy is also introduced to many politicians in Mme Forestier's drawing-room. Duroy becomes the lover of Forestiers' friend Mme de Marelle, another influential woman. Duroy later tries to seduce Madeleine Forestier to get even with her husband, but she repulses Duroy's sexual advances and offers that they become true friends without ulterior motives instead. Nş de ref. del artículo: LHB9781618956286