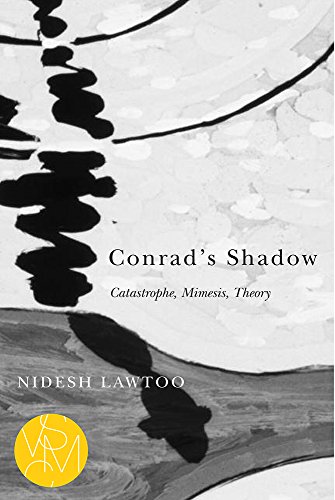 Críticas:
"Nidesh Lawtoo is a rising figure in Conrad studies, and Conrad's Shadow adds significantly to his reputation. Lawtoo connects the Conradian idea of homo duplex and doubling in his works to mimetic theory and in the process provides a welcome return to a textual-based literary analysis in which Lawtoo gives us new, challenging, and insightful readings of Conrad's works. Conrad's Shadow will likely prove to be one of the most innovative books on Conrad to appear in some time. "
--John Peters, University Distinguished Research Professor, University of North Texas, and general editor of Conradiana
Reseńa del editor:
Through a reading of Joseph Conrad’s novels, Nidesh Lawtoo examines the psychological, ethical, and anthropological implications of contagious affects that trouble the boundaries of individuation. Looking at Conrad’s fiction through the lens of mimesis sheds light on key themes of dueling, catastrophe, and ritual sacrifice. Mimesis, for Conrad, is dark and pathological: generative of split identities, hypnotic swoons, and violent symptoms. Yet in Conrad’s oeuvre mimesis is also luminous and therapeutic—because the author himself suffered from personal losses and psychic tensions, he could represent and diagnose such symptoms in his characters. Taken together, these symptoms reflect Conrad’s double life as seaman and writer. They also indicate that throughout his career he used his mimetic faculties to reflect on the logical and pathological consequences of being oneself—while simultaneously being possessed by someone other.