ArtĒculos relacionados a Tied Up, Tied Down (Rough Riders)

Tied Up, Tied Down (Rough Riders) 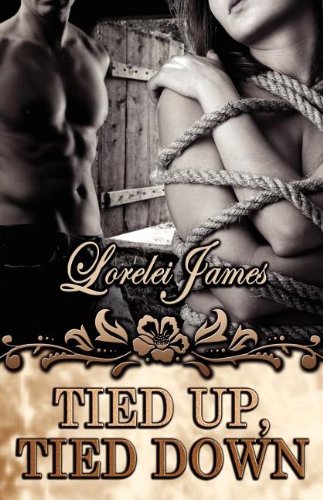 The strongest bonds are the ones unseen Rough Riders series Businesswoman Skylar Ellison is firmly in control of her life. So getting tangled up with a sexy Wyoming cowboy-and conceiving a baby in the parking lot of a honky-tonk-wasn't in her plan. Since it appears the daddy has taken off for greener pastures, the only thing to do is pull up her bootstraps and carry on alone. Cattle rancher Kade McKay returns home after a year on the range, and is knocked for a loop when he learns he's the father of a three-month-old baby girl. When Skylar refuses to marry him, Kade grits his teeth, moves in and plays house by her rules to prove he's a man in for the long haul. Despite Skylar's insistence they are to remain strictly parenting partners, their old passions flare hot as a brush fire, spurring Kade to demand absolute sexual surrender from the headstrong woman. Skylar willingly submits her body to the hot-blooded cowboy but she's leery of handing Kade the reins to her heart. Can Kade convince Skylar the wicked sex games aren't a temporary distraction? Or will he have to bust out the ropes to show her he wants to be tied to her.forever? Warning: this book contains: no holes barred kinky sex scenes, wicked rope play, blunt language, and yowza! lots of hot cowboy nekkidness.