Artículos relacionados a Why I Am Not A Muslim

Warraq, Ibn Why I Am Not A Muslim

Why I Am Not A Muslim 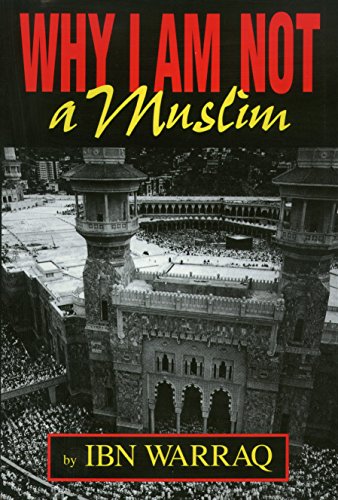 "Warraq may well be the most prominent authority on Islamic history and culture who is not a Muslim apologist or a political partisan but a critic."

"My favorite book on Islam is the rationalist critique Why I Am Not a Muslim."
- Christopher Hitchens in The Atlantic Monthly
." . . a courageous and prophethic call to value and protect human rights, especially the rights of women."
- National Catholic Reporter
"The problem with a book such as this is that it will most likely never reach those most in need of it. How many libraries will stock it, or dare stock it if they knew its contents?"
-The New Humanist
." . . transcends The Satanic Verses in terms of sacrilege. Where Rushdie offered an elusive critique of Islam in an airy tale of magical realism, Ibn Warraq brings a scholarly sledgehammer to the task of demolishing Islam. Such an act, especially for an author of Muslim birth, is so incendiary that the author must write under a pseudonym; not to do so would be an act of suicide"
- The Weekly Standard
" . . . a completely compelling case for the conclusion that Islam is flatly incompatible with the establishment and maintenance of the equal individual rights and liberties of a liberal, democratic, secular state."
- Salisbury Review
"Ibn Warraq has done for Islam what Bertrand Russell did for Christianity, but at much greater personal risk. . . . His [fate] would be that of Salman Rushdie's were he to reveal his true name rather than the pseudonym he uses. This book is must reading for all who would understand the possibilities and the dangers of affirming multi-culturalism in today's world."
-The Human Quest
"At long last a writer has risen to the challenge posed by this religion of compulsion. He has put together in one book all the objectionable rules of Islam, and has made it into one of the best books about Islam that I have seen in many years. We must be extremely grateful to Ibn Warraq for his revealing book."
- Humanist in Canada

Those who practice the Muslim faith have resisted examinations of their religion. They are extremely guarded about their religion, and what they consider blasphemous acts by skeptical Muslims and non-Muslims alike has only served to pique the world's curiosity. This critical examination reveals an unflattering picture of the faith and its practitioners. Nevertheless, it is the truth, something that has either been deliberately concealed by modern scholars or buried in obscure journals accessible only to a select few.