ArtĒculos relacionados a The Catcher in the Rye (SparkNotes)

Salinger, J. D. The Catcher in the Rye (SparkNotes)

The Catcher in the Rye (SparkNotes) 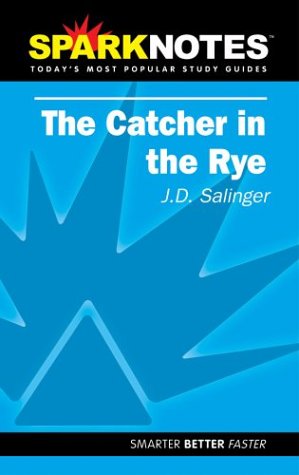 Get your A in gear! They're today's most popular study guides-with everything you need to succeed in school. Written by Harvard students for students, since its inception SparkNotes(TM) has developed a loyal community of dedicated users and become a major education brand. Consumer demand has been so strong that the guides have expanded to over 150 titles. SparkNotes'(TM) motto is Smarter, Better, Faster because: - They feature the most current ideas and themes, written by experts. - They're easier to understand, because the same people who use them have also written them. - The clear writing style and edited content enables students to read through the material quickly, saving valuable time. And with everything covered--context; plot overview; character lists; themes, motifs, and symbols; summary and analysis, key facts; study questions and essay topics; and reviews and resources--you don't have to go anywhere else!

THE CATCHER IN THE RYE (SPARKNOT