Artículos relacionados a African Kings: Portraits of a Disappearing Era 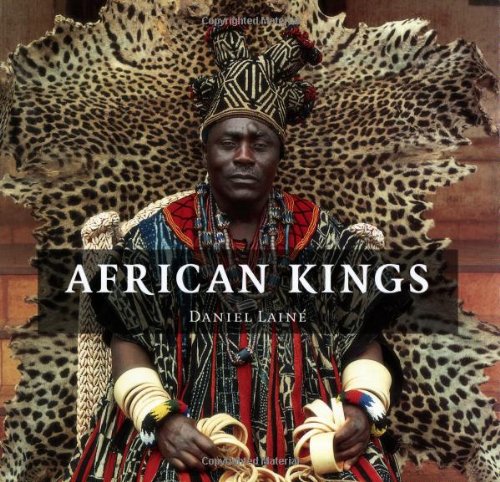 Today there are close to 100 tribal kings in Africa, vestiges of a former age, their traditions preserved, their wisdom and power still honored. In African Kings, photographer Daniel Laine chronicles the last survivors of these African tribes as they make the transition to a new millennium. Laine's formal portraits of each king, in full regalia, are accompanied by brief biographies and historical notes on the tribe and the rituals and history associated with each ruler.
Historian and linguist Pierre Alexandre traces the saga of the major African dynasties with an introduction that follows the evolution of the tribes from the pre-colonial era to the present day. As the forces of modernization encroach upon the rich cultural traditions in this, the cradle of civilization, African Kings serves as a visual history - a portal into a world of mysterious rites and fantastic finery never before, and most likely never again, gathered in one source.

DANIEL LAINE is a former storekeeper, professor, and hotel concierge turned photographer. Between 1988 and 1991 he made twelve trips to Africa to create the collection of photographs in this book. He lives in France.