ArtŪculos relacionados a The Conversions, The (American Literature (Dalkey Archive)) 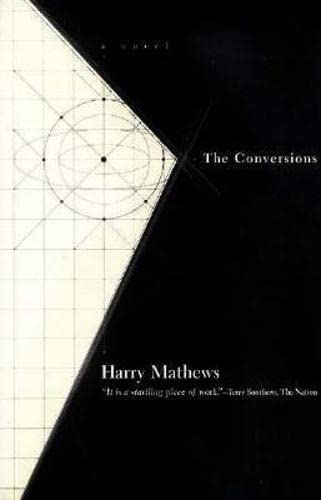 At a dinner party hosted by a wealthy New Yorker, a guest receives a gold adze, the coveted prize in a worm race. When the man dies the next day, he bequeaths, according to a stipulation in his will, the bulk of his fortune to the adze's possessor, provided he answer three mysterious questions relating to the artifact's history. In his search the owner encounters a menagerie of eccentric personalities: an ancient revolutionary in a Parisian prison, a ludicrous pair of gibberish-speaking brothers, and customs officials who spend their time reading contraband materials. He soon finds himself immersed in the centuries-long history of a persecuted religious sect and in an odyssey that begins in a forgotten fog-covered town in Scotland

"The tragi-comedy of human ingenuity, which insists upon interpreting the facts of experience even when they are senseless, baffling, or banal.... a remarkable extension and exploration of the odd fictional devices invented by Raymond Roussel." --?Edmund White, "New York Times"

Harry Mathews (born February 14, 1930) is an American author of various novels, volumes of poetry and short fiction, and essays.

Harry Mathews was the first American chosen for membership in the French literary society known as the Oulipo, which is dedicated to exploring new possibilities in literature, in particular through the use of various constraints and algorithms. The late French writer Georges Perec, likewise a member, was a good friend, and the two translated some of each other's writings. Mathews considers many of his works to be Oulipian in nature, but even before he encountered the society he was working in a parallel direction.

Mathews is currently married to the writer Marie Chaix and divides his time between Paris, Key West, and New York.