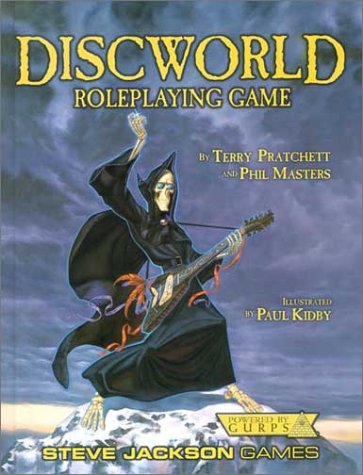 Terry Pratchett is one of the world's most popular authors. His acclaimed novels are bestsellers in the United States and the United Kingdom, and have sold more than 85 million copies worldwide. In January 2009, Queen Elizabeth II appointed Pratchett a Knight Bachelor in recognition of his services to literature. Sir Terry lives in England.

Paul Kidby became a freelance illustrator in 1986. Since then he has worked on projects ranging from computer game packaging to magazine covers. He began reading the Discworld novels in 1993 and was immediately inspired. He has produced, with Terry Pratchett and Stephen Briggs, numerous Discworld items, including Discworld Diaries, The Discworld Portfolio, cards, book covers, and calendars. He lives in England.

Descripción Steve Jackson Games. Hardcover. Condición: Very Good. A copy that has been read, but remains in excellent condition. Pages are intact and are not marred by notes or highlighting, but may contain a neat previous owner name. The spine remains undamaged. At ThriftBooks, our motto is: Read More, Spend Less. Nş de ref. del artículo: G1556346875I4N00