ArtĒculos relacionados a The Secret Adversary 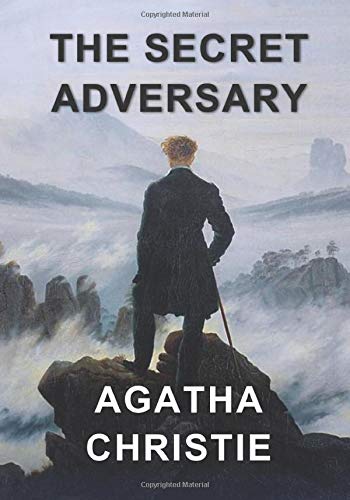 The Secret Adversary is the second published detective fiction novel by Agatha Christie, first published in January 1922 in the United Kingdom by The Bodley Head and in the United States by Dodd, Mead and Company later in that same year. The book introduces the characters of Tommy and Tuppence who feature in three other Christie novels and one collection of short stories; the five Tommy and Tuppence books span Agatha Christie's writing career. The Great War is over, and jobs are scarce. Tommy Beresford and Prudence "Tuppence" Cowley meet and agree to start their own business as The Young Adventurers. They are hired for a job that leads them both to many dangerous situations, meeting allies as well, including an American millionaire in search of his cousin. Reviews were generally positive on this adventure, which manages to keep the identity of the arch-criminal secret to the very end. Upon publication of the first book edition it was reviewed by The Times Literary Supplement in its edition of 26 January 1922, which described it as "a whirl of thrilling adventures". It stated that the characters of Tommy and Tuppence were "refreshingly original" and praised the fact that the "identity of the arch-criminal, the elusive "Mr. Brown", is cleverly concealed to the very end". The critic for The New York Times Book Review (11 June 1922) was also impressed: "It is safe to assert that unless the reader peers into the last chapter or so of the tale, he will not know who this secret adversary is until the author chooses to reveal him." The review gave something of a backhanded compliment when it said that Christie "gives a sense of plausibility to the most preposterous situations and developments."