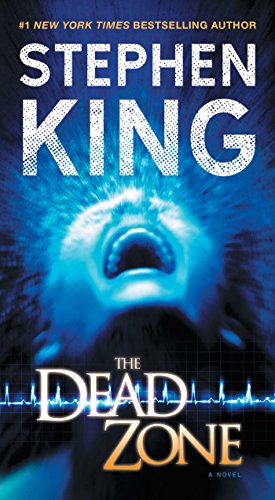 Stephen King's #1 New York Times bestseller about a reluctant clairvoyant who must weigh his options when he suddenly sees the terrible future awaiting mankind.

"There was only blackness and that universal emptiness... Cold limbo. Johnny Smith stayed there a long, long time."

When Johnny Smith was six-years-old, head trauma caused by a bad ice-skating accident left him with a nasty bruise on his forehead and, from time to time, those hunches...infrequent but accurate snippets of things to come. But it isn’t until Johnny’s a grown man—now having survived a horrifying auto injury that plunged him into a coma lasting four-and-a-half years—that his special abilities really push to the fore. Johnny Smith comes back from the void with an extraordinary gift that becomes his life’s curse...presenting visions of what was and what will be for the innocent and guilty alike. But when he encounters a ruthlessly ambitious and amoral man who promises a terrifying fate for all humanity, Johnny must find a way to prevent a harrowing predestination from becoming reality.

Stephen King is the author of more than fifty books, all of them worldwide bestsellers. His recent work includes Sleeping Beauties (co-written with his son Owen King), End of Watch, the short story collection The Bazaar of Bad Dreams, Finders Keepers, Mr. Mercedes (an Edgar Award winner for Best Novel and now an AT&T Audience Network original television series), Doctor Sleep, and Under the Dome. His novel 11/22/63--a recent Hulu original television series event--was named a top ten book of 2011 by The New York Times Book Review and won the Los Angeles Times Book Prize for Mystery/Thriller as well as the Best Hardcover Book Award from the International Thriller Writers. His epic works The Dark Tower and It are the basis for major motion pictures. He is the recipient of the 2014 National Medal of Arts and the 2003 National Book Foundation Medal for Distinguished Contribution to American Letters. He lives in Bangor, Maine, with his wife, novelist Tabitha King.

The Dead Zone: A Novel