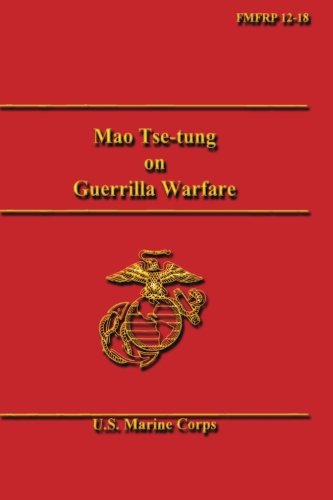 This reference publication is Mao Tse-tung’s thoughts and philosophy of guerrilla warfare. It gives the reader a chance to learn about this type of warfare from one who lived and fought as a guerrilla for most of his adult life. It is important to understand his philosophy of guerrilla warfare because it is the basis of today’s guerrilla forces. This book was translated and published with an introduction by Samuel B. Griffith, Brigadier General, USMC (Ret.), in 1961