Artículos relacionados a Inside Hbo's Game of Thrones: Seasons 3 & 4 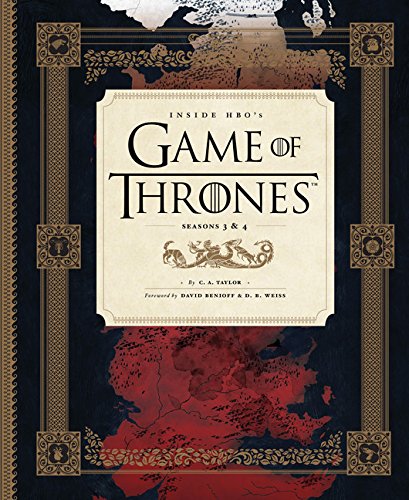 "The book not only recaps, but goes beyond with fun topics like how costumes were created, why Iceland and other exotic locations were chosen, and how the theme song came about. With nearly 200 photos and a padded cover, this is a handsome book to pore over before the [show returns] in the spring."
-Wink

Each episode of HBO's Game of Thrones draws millions of obsessed viewers who revel in the shocking plot twists, award-winning performances, and gorgeously rendered fantasy world. This official companion book reveals what it takes to translate George R. R. Martin's bestselling series into a wildly popular television series. With unprecedented scope and depth, it showcases hundreds of unpublished set photos, visual effects art, and production and costume designs, plus insights from key actors and crew members that capture the best scripted and unscripted moments from Seasons 3 and 4. Required reading for the die-hard fan, and the perfect way to catch up on the series before the much-anticipated Season 5 debuts, this special volume offers an exclusive window into cable's highest-rated show.