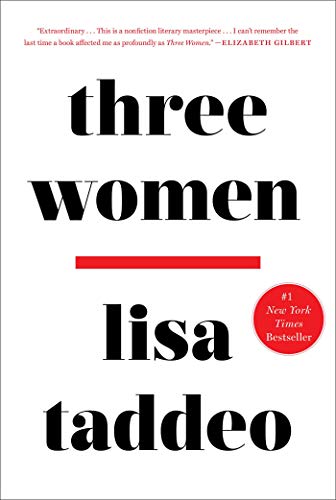 "I can't remember the last time a book affected me as profoundly as Three Women. Lisa Taddeo is a tireless reporter, a brilliant writer, and a storyteller possessed of almost supernatural humanity. As far as I'm concerned, this is a nonfiction literary masterpiece at the same level as In Cold Blood--and just as suspenseful, bone-chilling, and harrowing, in its own way. I know already that I will never stop thinking about the women profiled in this story--about their sexual desire, their emotional pain, their strength, their losses. I saw myself in all of them. Truly, Three Women is an extraordinary offering."
--Elizabeth Gilbert, author of Eat Pray Love and City of Girls

“THIS IS THE BEST BOOK OF THE YEAR. This is it. This is the one...It blew the top of my head off and I haven’t been able to stop thinking or talking about it since.” —Elizabeth Gilbert

“The most in-depth look at the female sex drive that’s been published in decades.” —New York

“A breathtaking and important book...What a fine thing it is to be enthralled by another writer’s sentences. To be stunned by her intellect and heart.” —Cheryl Strayed

Desire as we’ve never seen it before: a riveting true story about the sex lives of three real American women, based on nearly a decade of reporting

In suburban Indiana we meet Lina, a homemaker and mother of two whose marriage, after a decade, has lost its passion. Starved for affection, Lina battles daily panic attacks and, after reconnecting with an old flame through social media, embarks on an affair that quickly becomes all-consuming. In North Dakota we meet Maggie, a seventeen-year-old high school student who allegedly has a clandestine physical relationship with her handsome, married English teacher; the ensuing criminal trial will turn their quiet community upside down. Finally, in an exclusive enclave of the Northeast, we meet Sloane—a gorgeous, successful, and refined restaurant owner—who is happily married to a man who likes to watch her have sex with other men and women.

Based on years of immersive reporting and told with astonishing frankness and immediacy, Three Women is both a feat of journalism and a triumph of storytelling, brimming with nuance and empathy. “A work of deep observation, long conversations, and a kind of journalistic alchemy” (Kate Tuttle, NPR), Three Women introduces us to three unforgettable women—and one remarkable writer—whose experiences remind us that we are not alone.