Artículos relacionados a The Fallen 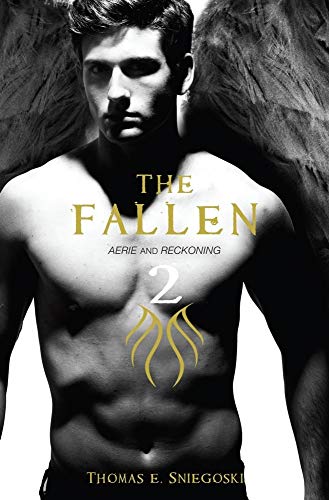 Destined for Heaven or Hell? The saga continues from THE FALLEN 1.

Aaron’s senior year has been anything but typical. Half-angel and half-human, he has been charged to reunite the Fallen with Heaven. But the leader of the Dark Powers is determined to destroy Aaron—and all hope of angelic reconciliation.

Struggling to harness the incredible force within him, Aaron trains for the ultimate battle. With the Dark Powers building in strength and numbers, their clash may come sooner than he expects. And everyone who’s ever mattered to Aaron is now in grave danger.

Aaron must protect the girl he loves and rescue the only family he’s ever known. Because if he can’t save them from the Dark Powers, how can he hope to save the Fallen?

Thomas E. Sniegoski is the author of more than two dozen novels for adults, teens, and children. His books for teens include Legacy, Sleeper Code, Sleeper Agenda, and Force Majeure, as well as the series The Brimstone Network. As a comic book writer, Sniegoski's work includes Stupid, Stupid Rat Tails, a prequel miniseries to international hit, Bone. Sniegoski collaborated with Bone creator Jeff Smith on the project, making him the only writer Smith has ever asked to work on those characters. He was born and raised in Massachusetts, where he still lives with his wife LeeAnne and their French Bulldog, Kirby. Visit him on the web at Sniegoski.com.