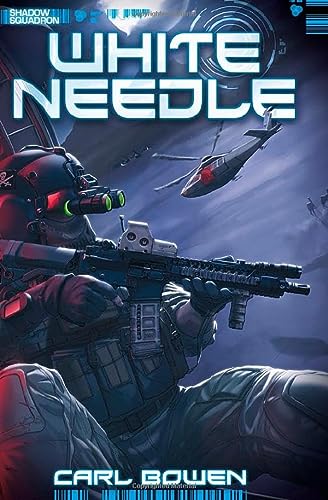 Syrian rebels have gotten their hands on a White Needle, or stolen chemical weapon, and plan to use it on an unknown target. Only Shadow Squadron has the talent and technology to locate and neutralize the missile before it's launched.

Wilson "Wunan" Tortosa is a Filipino comic book artist best known for his works on Tomb Raider and the American relaunch of Battle of The Planets for Top Cow Productions. Wilson attended Philippine Cultural High School, then went on to the University of Santo Tomas where he graduated with a Bachelor's Degree in Fine Arts, majoring in Advertising.

Benny Fuentes lives in Villahermosa, Tabasco in Mexico, where the temperature is just as hot as the sauce. He studied graphic design in college, but now he works as a full-time colorist in the comic book and graphic novel industry for companies like Marvel, DC Comics, and Top Cow Productions. He shares his home with two crazy cats, Chelo and Kitty, who act like they own the place.