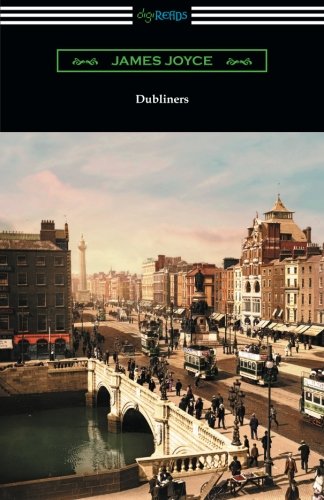 First published in 1914, James Joyce’s “Dubliners” is a collection of fifteen short stories which naturalistically depict the middle class of Ireland at the beginning of the 20th century. These stories were written near the height of the Irish nationalistic movement. A growing desire for national identity and independence from British rule would ultimately culminate in the conflict of the Anglo-Irish War, which lasted from 1919 to 1921. Drawing upon his experiences as a youth growing up in Dublin, Joyce’s stories are rich with the cultural identity of the Irish people during this era. Each tale of this collection is concerned with some event that evokes an illuminating epiphany in the lives of its characters. Joyce illustrates the changing perspective that we have as we get older by changing the age of the protagonist as he progresses through the stories of the collection. An intimate portrayal of the lives of the Irish people during the early part of the 20th century, “Dubliners” includes the following tales: “The Sisters,” “An Encounter,” “Araby,” “Eveline,” “After the Race,” “Two Gallants,” “The Boarding House,” “A Little Cloud,” “Counterparts,” “Clay,” “A Painful Case,” “Ivy Day in the Committee Room,” “A Mother,” “Grace,” and “The Dead.” This edition is printed on premium acid-free paper.