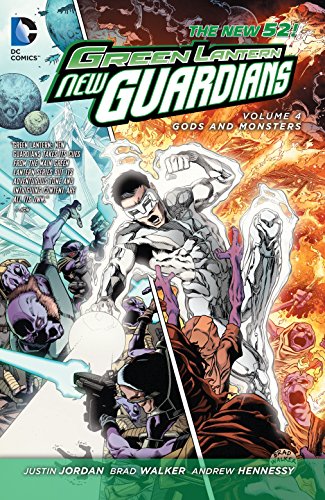 The Templar Guardians have been locked away for millennia and now, they need Kyle Rayner's help. But once he sees the strange anomaly lurking at the edge of known space, he may have no choice but to get on board with their mission. Don't miss these tales from GREEN LANTERN: NEW GUARDIANS #21-27 and GREEN LANTERN ANNUAL #2.

Justin Jordan is a comic book writer best known for his work with DC Comics and Image Comics. For Image, he has created the critically acclaimed graphic novel series The Strange Talent of Luther Strode. He is currently writing SUPERBOY and GREEN LANTERN: THE NEW GUARDIANS for DC Comics as a part of The New 52.