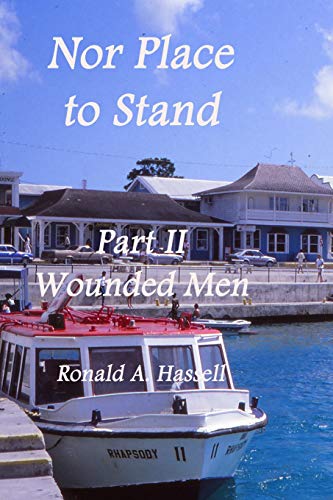 Descripción Paperback. Condición: New. Language: English. Brand new Book. Although this is a work of fiction, it is based on fact and was written by a first-hand observer. Although there never was a real Octavio Fernandez, there was a man very much like him and he was arguably known as the western hemisphere's most notorious and unrepentant terrorist. This is the story of the part he played in the Cold War in the Americas. What follows is the story of his life from his days as a prominent attorney in Havana, Cuba until his death forty years later in Little Havana, Miami, Florida, and describes many of the seventy-eight acts of terrorism in which he participated. During those forty years, he was arrested, tried, convicted, pardoned, and ultimately released by the U.S. President due to the intervention of a prominent U.S. Congresswoman, and the President's son. The story has been pieced together from the personal experiences of the author, from the man who was Octavio Fernandez, from conversations with those who knew him, and from official but unclassified reports from federal and local law enforcement and public safety agencies, and from federal and local court records. The story of Octavio Fernandez is written in two parts. This is Part II of his story. For his activities as a self-styled terrorist, described in Part I, Octavio Fernandez is convicted, imprisoned, and paroled. He violates the conditions of his parole, flees the country, and becomes a fugitive. In Belize, he opens an offshore bank account, assumes various identities, and finds temporary sanctuary and shelter in Ambergris. While he waits for his trail to cool, first in Ambergris, and later in Costa Rica, he finds old friends and makes new ones. He is invited to Chile where he is introduced to Condor and is recruited to assist the newly installed authoritarian regime. His first assignment is strictly administrative. He visits the internment facilities of Condor and evaluates its policies and procedures. As Octavio becomes more familiar with Condor's objectives and methods, his involvement becomes more radical and extreme. He is drafted into the role of eliminating political dissidents, initially in Chile, then in various South American countries. Later, he travels to Europe and assists in installing a type of cordon sanitaire. In a triptych of three interrelated events, he plans a final surge of the Condor forces against Marxism-Leninism-Communism. His ultimate acts of terrorism include the assassination of the former Chilean Ambassador to the United States and the bombing of an Air Cubana plane. For this final act, he is arrested and spends eleven years in a Venezuelan jail, waiting for final adjudication?which never comes. His return to Miami is celebrated. Nş de ref. del artículo: APC9780999766736

2. Nor Place to Stand

4. Nor Place to Stand