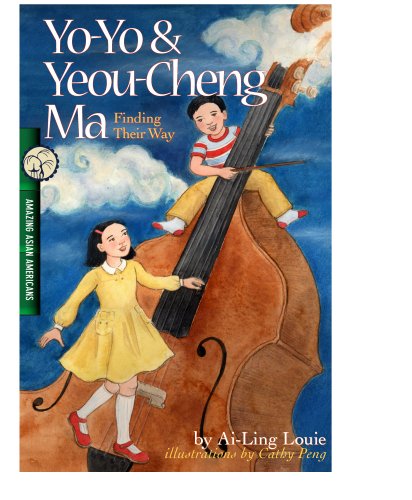 Children's biography of the Chinese-American cellist and his sister, a pediatrician. Both children were trained in music by their father.

The little brother and sister, Yo-Yo and Yeou-Cheng, practiced their instruments together, played together, travelled together, and gave concerts together. But, only one went on to fulfill their father's dream and be one a famous musician. The other fulfilled her own dream.