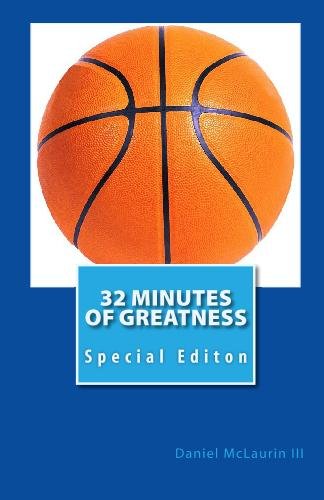 In 1965, against impossible odds, a black Durham, North Carolina high school basketball team fights bigotry and poverty, to become State Champions, fulfilling a vow five of them made as freshmen. Their records still stand. - A true story. Years before Michael Jordan, James Worthy, Magic Johnson, Larry Bird, and many other legendary NBA stars, there were: Daniel McLaurin, William Harris, Michael Hayes; George Outlaw, John Bullock, Greg Munroe, Marshall Hill, Jimmy Mercer, Larry Crawford, and Hollis Vines. These and other feared members of Durham, North Carolina's, Hillside High School Hornets basketball team were known as "The Pony Express." Consider this: former NBA star, John Lucas was once their ball boy. Of course, you have likely never heard of these trailblazers. That's fine; credit 'Jim Crow' bigotry and wide-spread concealment of black achievement, for that. You could, once do that, but no longer. In paraphrased words of the late, Dr. Martin Luther King: "Truth pressed to earth will rise again." So, let it rise.

Daniel McLaurin III, born in Durham, North Carolina, known to the Durham public as "Danny Mac", Hillside high school Alumni class of 1966. A forward on the 1965-championship basketball team, starting forward on the 1966-Fabulous Pony Express record setting basketball team. Received a scholarship to Durham Business College 1967-1969. Starting point guard on the championship team, made All Conference and All tournament teams, small college Honorable Mention All America, averaged 27 points and 10 assists per game. Received a scholarship to North Carolina A&T University in 1969, led the freshman team in scoring with 22-points a game scoring average. In 1973, I was invited as a free agent by the NBA Washington Bullets. I Lived in Washington DC for a number of years, worked for the state of Maryland probation department. Before moving to Pasadena, California in 1976. Worked as an insurance agent for 1-year, earned several awards: Salesman of the month, District salesman of the month, Regional salesman of the month and Salesman of the year. I left the insurance work force to work for the Los Angeles Municipal and Compton Municipal court systems as an Own Recognizant investigator. My last job was manger of a Chevy dealership. I am retired from the work force. I am the author of two published books "32 Minutes of Greatness The Untold Story" published by Author House in 2003. Vol. 2 "32 Minutes Of Greatness: Special Edition" published in 2009 by Falcon Creek Publishing Company. Black History Month, February 20, 2004 there was a segment done on national television from my book "32 Minutes Of Greatness" by ESPN 'Outside The Lines, Nightly'. My books are in several libraries around the country. Currently I speak at different venues. I have been interviewed by several newspaper organizations in the state of North Carolina, and the state of California. I have done radio and cable television shows in North Carolina and California. Since 2003, I have been invited to several author festivals and book signings. I write to inspire and enlighten others about social issues that maybe beneficial to society. Personally, I think that Black History is also main stream American history. " Black history is an Oyster that sometimes produces a rare Pearl" - DMC, III.