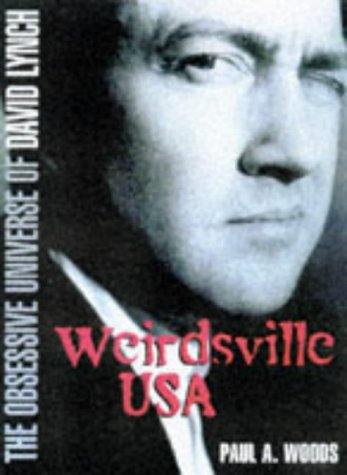 Book by Woods Paul A

David Lynch, maverick Hollywood director, has pursued his contrasting obsessions more than most movie-makers would dare. In a wildly varying career he has experienced cult adulation, mainstream success, virtual rejection by the film industry, and a renaissance which saw him established as the brand name of 'Weird Americana'.
Paul A. Woods' new biography is the most up-to-date record of Lynch's life and career available - a combined biography and filmography following the surprising course of a genuine obsessive - the most upright of Americans and the most bizarrely sincere of film-makers.
Weirdsville USA charts Lynch's work from the experimental art school years and the Midnight Movie hit Eraserhead, the mainstream success of The Elephant Man and the resounding failure of Dune - through the Weird Americana prototypes of Blue Velvet and Twin Peaks, the heyday of the 'Lynch Mob', and the fall from fashionable grace - to the present day, where the neo-noir mystery Lost Highway is accompanied by a spurt of cinematic activity, plus new fine art and musical projects.