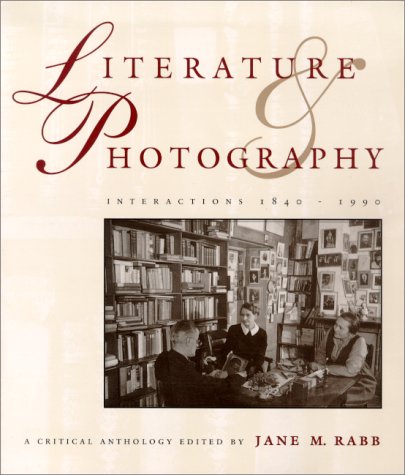 Literature greeted photography warmly when the daguerreotype was invented in 1839, and they have had a close relationship ever since. This remarkable book traces comprehensively for the first time the give and take between these sister arts by gathering writings about photography and photographs by and of writers from England, Europe, and the United States over the last century and a half. Included are selections by avid amateur photographers (such as Lewis Carroll, Emile Zola, August Strindberg, George Bernard Shaw, Eudora Welty, and Jack London, among numerous others), professional photographers writing about literary matters (Nadar on Balzac, Stieglitz on Stein, Man Ray on Hemingway), and collaborators explaining their work (Henry James and Coburn, Steinbeck and Capa, Capote and Avedon). Most selections are illustrated with photographs and documented by notes which help map this rich field.