Artículos relacionados a Laughter At The Foot Of The Cross

Screech, M.a. Laughter At The Foot Of The Cross

Laughter At The Foot Of The Cross 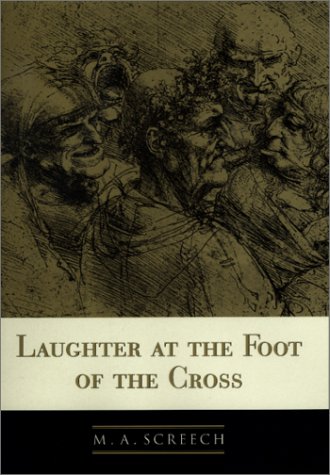 At the foot of the Cross, as Jesus hung in agony, the crowd laughed. Christians, ever since, have been ambivalent about laughter. St. Paul banned jesting, but did that include mockery and high spirits? And what were the lessons of Biblical figures like (delighted) Abraham and (disbelieving) Sarah, both in their nineties, who laughed at the news they were about to have a child? Such debates had a deep influence on Erasmus, Rabelais and other great humanist writers. Michael Screechs acclaimed book illuminates both the background and their individual achievements.

M.A. Screech is an Extraordinary Fellow of Wolfson College and an Emeritus Fellow of All Souls College, Oxford, a Fellow of the British Academy and of the Royal Society of Literature, and a Fellow of University College London. He is a renaissance scholar of international renown. His other books include Erasmus: Ecstasy and the Praise of Folly (1988), Rabelais and Montaigne and Melancholy. All are acknowledged to be classics in their fields. Screech was promoted Chevalier dans l'Ordre du Merite in 1982 and Chevalier dans la Legion d'Honneur in 1992. He was ordained, in Oxford, a deacon in 1993 and a priest in 1994.

1. Laughter At The Foot Of The Cross