Artículos relacionados a A World Champion's Guide To Chess

A World Champion's Guide To Chess 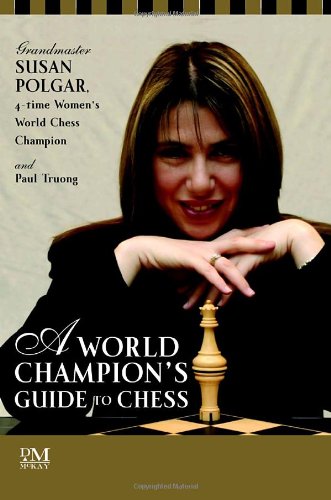 Learn to Win at Chess from World Champion Susan Polgar

Susan Polgar, 4-time World Chess Champion, became a living legend by following the methods taught by her father, Laszlo Polgar, the famous Hungarian chess coach. In A World Champion's Guide to Chess, Susan reveals these masterful tactics and techniques to players of all ages. With coauthor Paul Truong, an 11-time National Champion, she begins with the basics of understanding how the pieces move and leads the reader through checkmate and defense, pawn promotion, and opening and endgame patterns. Accompanying the lessons are personal glimpses into Susan's famous career, including her story of becoming the first female Grandmaster, the highest title in chess.

Susan Polgar is the current World Champion in Women's Chess and the top ranked woman chess player in the United States. As the number-one woman chess player in the world at age 15, Susan bridged the gender gap in chess by becoming the first woman to win the US Open Blitz Championship in 2003 and the first woman to ever earn the title of Grandmaster.

Paul Truong is an 11-time National Champion and is the captain and business manager of the 2004 U.S. Women's Olympiad Team.