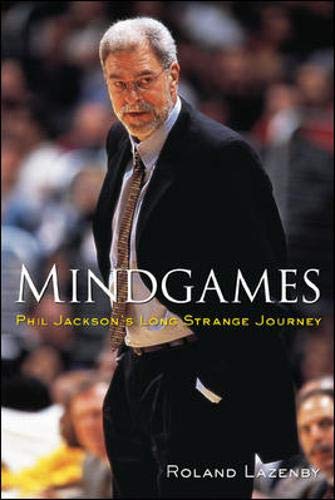 Faced every game night with the task of urging Michael Jordan not to dominate the basketball in the fourth quarter, to include his teammates, Jackson spoke to Jordan through film clips inserted in the team's scouting tapes. In 1998, as Jackson guided the Bulls to their sixth championship, he chose to insert clips of the feature film Devil's Advocate into the Bulls scouting tapes. In that film, the protagonist's wife slices her own throat with a shard of glass. Feeling the need to speak forcefully; Jackson showed his team a film clip of a possession where Jordan held the ball too long, then he cut to a clip of the woman cutting her own throat. Gruesomely effective, Jackson's editing spoke to Jordan in a way that no verbal communication could. -- from Mindgames

Roland Lazenby (Roanoke, VA) is the author of numerous sports books, including Blood on the Horns: The Long Strange Ride of Michael Jordans Chicago Bulls and Bull Run!, the Independent Publishers Associations 1997 Book of the Year. His work has appeared in Sport, The Sporting News, and the Chicago Sun-Times.