Artículos relacionados a M: The Man Who Became Caravaggio

M: The Man Who Became Caravaggio 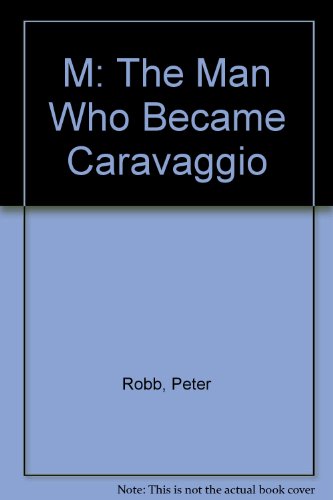 As presented with "blood and bone and sinew" (Times Literary Supplement) by Peter Robb, Caravaggio's wild and tempestuous life was a provocation to a culture in a state of siege. The end of the sixteenth century was marked by the Inquisition and Counter-Reformation, a background of ideological cold war against which, despite all odds and at great cost to their creators, brilliant feats of art and science were achieved. No artist captured the dark, violent spirit of the time better than Caravaggio, variously known as Marisi, Moriggia, Merigi, and sometimes, simply M. As art critic Robert Hughes has said, "There was art before him and art after him, and they were not the same."

Australian-born Peter Robb has lived in Naples and southern Italy for the past fourteen years. His first book, Midnight in Sicily, was a New York Times Book Review Notable Book and a New York Public Library Book of the Year .