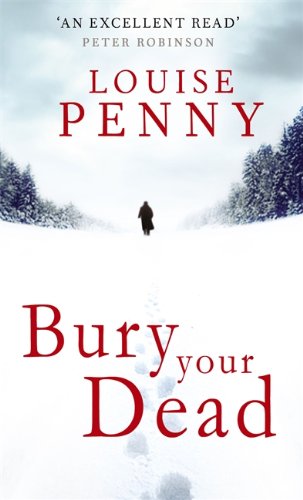 Penny's first five crime novels in her Armand Gamache series have all been outstanding, but her latest is the best yet, a true tour de force of storytelling....Penny hits every note perfectly in what is one of the most elaborately constructed and remarkably moving mysteries in years. * Booklist * Her beautifully elegiac sixth book interweaves three story lines while plumbing the depths of Gamache's grief. The result is sophisticated and moving - her best yet * People Magazine *

As Quebec City shivers in the grip of winter, its ancient stone walls cracking in the cold, Chief Inspector Armand Gamache plunges into the strangest case of his celebrated career. A man has been brutally murdered in one of the city's oldest buildings - a library where the English citizens of Quebec safeguard their history. And the death opens a door into the past, exposing a mystery that has lain dormant for centuries . . . a mystery Gamache must solve if he's to catch a present-day killer.

Steeped in luscious atmosphere, brimming with the suspense and wit that have earned Louise Penny a massive global following, Bury Your Dead is the most ingenious suspense novel of the year.