Artículos relacionados a The Year of the Flood

Atwood, Margaret The Year of the Flood

The Year of the Flood 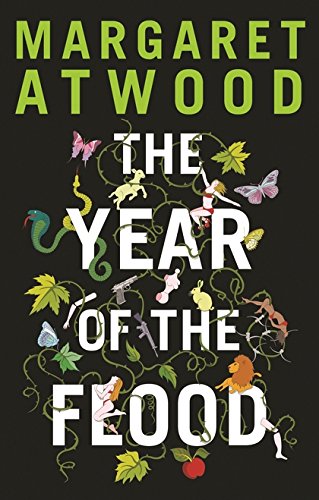 Praise for Margaret Atwood: 'Margaret Atwood is one of the most brilliant and unpredictable novelists alive' - Literary Review 'Margaret Atwood deserves an adjective - Atwoodian - in recognition of her virtuoso wit and unmistakeable style' - Chicago Tribune 'Everything she forms in words has substance and weight' - Daily Telegraph

Adam One, the kindly leader of the God's Gardeners - a religion devoted to the melding of science and religion, the preservation of all species, the tending of the Earth, and the cultivation of bees and organic crops on flat rooftops - has long predicted the Waterless Flood. Now it has occurred, obliterating most human life. Two women have avoided it: the young trapeze-dancer, Ren, locked into the high-end sex club, Scales and Tails; and former SecretBurgers meat-slinger turned Gardener, Toby, barricaded into the luxurious AnooYoo Spa, where many of the treatments are edible. Have others survived? Ren's bioartist friend Amanda, or the MaddAddam eco-fighters? Ren's one-time teenage lover, Jimmy? Or the murderous Painballers, survivors of the mutual-elimination Painball prison? Not to mention the CorpSeCorps, the shadowy and corrupt policing force of the ruling powers...Meanwhile, in the natural world, gene-spliced life forms are proliferating: the lion/lamb blends, the Mo'hair sheep with human hair, the pigs with human brain tissue. As Adam One and his intrepid hemp-clad band make their way through a ruined world, singing their devotional hymns and faithful to their creed and to their Saints - Saint Francis Assisi, Saint Rachel Carson, and Saint Al Gore among them - what odds for Ren and Toby, and for the human race? By turns dark, tender, violent, thoughtful and uneasily hilarious, The Year of the Flood is Atwood at her most effective.

1. Year of the Flood