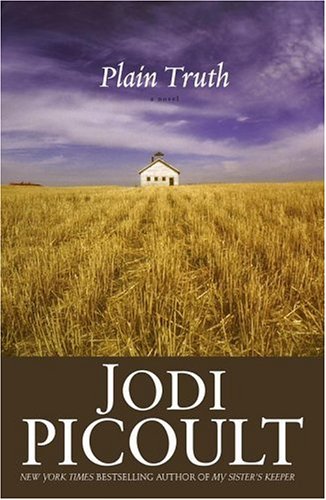 Jodi Picoult has touched readers deeply with her acclaimed novels, such as Keeping Faith and The Pact. Gifted with "a remarkable ability to make us share her characters' feelings" (People), Picoult now explores the complex choices of the heart for a young Amish woman -- the compelling journey of discovery for an urban lawyer who befriends and protects her.

The small town of Paradise, Pennsylvania, is a jewel in Lancaster County -- known for its picture-postcard landscapes and bucolic lifestyle. But that peace is shattered by the discovery of a dead infant in the barn of an Amish farmer. A police investigation quickly leads to two startling disclosures: the newborn's mother is an unmarried Amish woman, eighteen-year-old Katie Fisher. And the infant did not die of natural causes. Although Katie denies the medical proof that she gave birth to the child, circumstantial evidence leads to her arrest for the murder of her baby.

One hundred miles away, Philadelphia defense attorney Ellie Hathaway has achieved an enviable, high-profile career. But her latest court "victory" has set the sands shifting beneath her. Single at thirty-nine and unsatisfied with her relationship, Ellie doesn't look back when she turns down her chance to make partner and takes off for an open-ended stay at her great-aunt's home in Paradise.

Fate brings her to Katie Fisher. Suddenly, Ellie sees the chance to defend a client who truly needs her, not just one who can afford her. But taking on this case challenges Ellie in more ways than one. She finds herself not only in a clash of wills with a client who does not want to be defended but also in a clash of cultures with a people whose channels of justice are markedly different from her own.

Immersing herself in Katie Fisher's life -- and in a world founded on faith, humility, duty, and honesty -- Ellie begins to understand the pressures and sacrifices of those who to live "plain." As she peels away the layers of fact and fantasy, Ellie calls on an old friend for guidance. Now, just as this man from Ellie's past reenters her life, she must uncover the truth about a complex case, a tragic loss, the bonds of love -- and her own deepest fears and desires.

Moving seamlessly from psychological drama to courtroom suspense, Plain Truth is a triumph of contemporary storytelling. Jodi Picoult presents a fascinating portrait of Amish life rarely witnessed by those outside the faith -- and discovers a place where circumstances are not always what they seem, where love meets falsehood, and where relationships grow strong enough to span two worlds.

Jodi Picoult grew up in Nesconset, New York. She received an A.B. in creative writing from Princeton and a master's degree in education from Harvard. Her previous novels include Keeping Faith, The Pact, and Mercy. She lives in New Hampshire with her husband and three children. Her Web site can be found at http://www.jodipicoult.com.